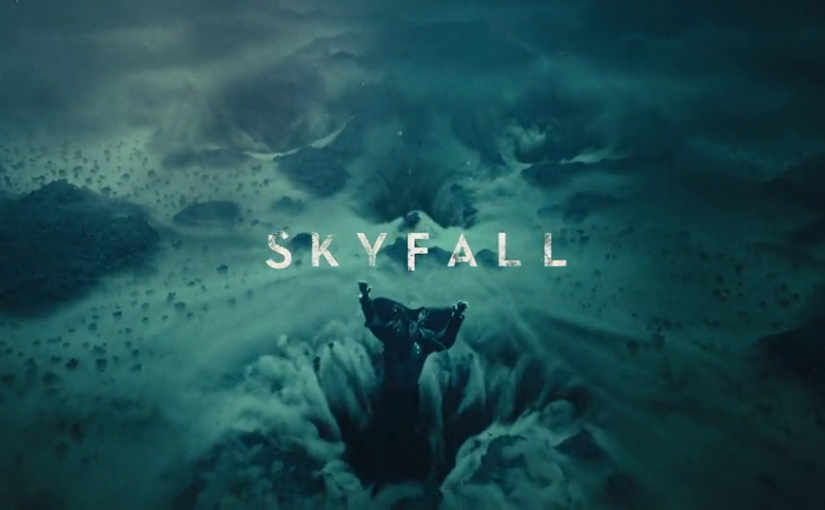 Skyfall is a critique of authoritarian systems of government and the violence unleashed by the inevitable cyclical struggles to control them. This is the reason the film starts with a succession crisis at MI6. And it is the reason Sam Mendes goes so far as to depict the spy organization itself as the essential villain of his drama, lurking behind Britain’s democratically-elected government and operating in contempt of it, rebuffing attempts at civilian oversight and disobeying even the direct dictates of the Prime Minister.

The implied menace of MI6 is the reason the organization is positioned in the tunnels below the city of London, where it serves as a shadow government thematically linked to the “old ways” of politics — the knife-in-the-back or blade-to-the-throat methods of political assassination well-known to those familiar with British royal history. When M thus remarks that the main threats to Britain come “from the shadows” and “the same place as Bond” her comments are important because they highlight the criminality of MI6 itself, the organization most responsible for the death and suffering we witness through the film. Just to provide a few examples of this, note the way the opening scene shows M causing the unnecessary deaths of two British agents (Ronson and Bond) as she overrides the better judgments of her field agents and plays games with their lives. The televised executions of NATO spies which follow are also her responsibility for refusing to pull them from cover, while even the ostensible villain Raoul Silva is merely avenging his earlier betrayal at her hands. By the time Mendes shows his villains disguised as police officers, he is just generalizing an existing political theme, for who can tell the difference?

The hostility of MI6 to democracy is communicated most forcefully in the mid-film shoot-up of a democratic hearing by its agents and ex-agents, but on a more humdrum level, we are shown the agency’s removal from and indifference to the lives of ordinary Britons, such as the way its chauffeured elite have no knowledge of the London metro system. The authoritarian tendencies of the agency are also underlined by the film’s portrayal of MI6 as a monarchical structure, where M rules as the flesh-eating “king rat” from Silva’s parable. Through such small touches as her flag-draped coffins or the recurring tune of “God Save the Queen” which plays to her grim skull-visage, M is repeatedly surrounded by iconography suggestive of her role as a murderous Queen. The connection is also reinforced by her lengthy quote from Tennyson’s Ulysses midway through the film. For although the poem in question is often read as commenting on Bond or the aging 007 franchise, it is on a deeper level the interior monologue of an aging monarch, and serves both as a comment on M’s weakening grasp on power, as well as her outright rejection of the principle of democratic oversight:

We are not now that strength which in old days
Moved earth and heaven, that which we are, we are—
One equal temper of heroic hearts,
Made weak by time and fate, but strong in will
To strive, to seek, to find, and not to yield.

Far from yield her power when threatened with usurpation both within and without, M clings to it and continues to assert her royal prerogative: the power to command that offers little choice to her agents other than serving the will of the crown or “ejecting” her through violence. And so while M may see herself as a stalwart defender of the Britih people (ergo, the bulldog), this is where we begin to see the deliberate tensions that Mendes creates to turn what is otherwise a straightforward action film into a more philosophical rumination on the surveillance state. For while Bond insists that true value of a field agent is in knowing “when not to shoot” (i.e. in having autonomy), Mendes suggests that he is naive: Silva is betrayed to the Chinese for exercising exactly this sort of political autonomy, and Bond’s curious phrasing should also recall the opening sequence where Moneypenny’s reluctance to pull the trigger is overruled against her better judgment and under M’s explicit instruction.

The hostility of authoritarian political systems to individual autonomy (democratic government in aggregate) is thus one of the ongoing themes of the film, and defines the major difference between the Bond and Moneypenny characters. Whereas Bond shows initiative and struggles with his loyalty to MI6, Moneypenny lacks initiative both when pulling the trigger for M in Istanbul (she must be ordered even to chase the villain) as well as when appearing in Shanghai as a messenger for Mallory, where the insinuation that she may have come to murder Bond plays to the rivalry between those male figures. Moneypenny’s lack of autonomy and her refusal to play political games is why she ends the film in a disempowered secretarial role, something which puts her in sharp contrast to both Bond and Mallory, whose willingness to play a game of chance with power make them potential successors at the agency. Exactly like his double Silva, Bond is a “rat” whose independent judgment makes him a implicit threat to his masters, with whom his love-hate relationship is expressed in both political and parental terms (“orphans make the best recruits”, M tells us, because their yearning for parental affection translates into a willingness to subordinate their independent judgment to that of authority figures).

In a small aside, this characterization of these power struggles as a “game of chance” is a deliberate reference to the logic of the film as well. For if you watch Skyfall attentively, you’ll notice many veiled references to political struggles as games of sorts that its participants must be willing to play, whether implicitly in M’s tendency to take fifty-fifty chances with the lives of her agents, in Bond’s scorpion drinking game (also a game a death), in the discussions of risk at the Macao casino, the shooting game which follows, or in the small but pervasive references to Silva’s “sadistic game” or Bond and M’s complaints that they are “played out” and must “change the game.”

Getting back to our main theme, one of the most interesting things about Skyfall is that it makes its argument about the socially destructive nature of the modern security state by linking MI6 to earlier power struggles in British and world history. While the bulldog handed to Bond at the end of the film may represent the spirit of the British people, suggesting that Bond is or perhaps will become a defender of democracy, it certainly is not accidental that the script dates MI6’s underground bunkers back to the militarism of World War II. Or that the script hints at the existence of many more secret tunnels (read: political operations) which have yet to be discovered and which are filled with “rats” caught in a zero-sum clash for power and prone to knifing each other in the back.

The shadow of history is also evident in Skyfall manor. For those keeping track, Skyfall represents – as the birthplace of James Bond – the symbolic origins of the security state itself. The association between the house and the British government is also suggested in the notion that Bond and M must travel back in time to reach the manor, the pastoral conventions of English literature, as well as an offhand reference that compares the British state to an old house. And when we learn that the tunnels below the house date back to the Protestant Reformation, we are being given a reference point that cements the association. Linking the construction of the house with the political conflict between Henry VIII and Rome associates what the house represents (a decaying monarchical structure) with the origins of the British state itself.

So now we get to the significance of the ending, in which the destruction of the house and the death of M signify the close of a cycle of political conflict through the death of a monarch. This is why, as Silva recognizes, it is only suitable that M’s death takes place in a chapel: the cycle of independent authority ends where it symbolically began with the British rejection of Papal authority. And this brings us in turn to the point of the constant death and resurrection imagery (communicated particularly through water imagery) which pervades the film. For while the general consensus seems to be that it is Bond himself who dies and is resurrected, in fact what is recurring is the cyclical game of power. Sometimes the game ends with death and sometimes with victory, but it is the struggle for power that always continues. And so in this case we end Skyfall with the death of a Queen, the ascension of a King, and the implied start of another cycle of wary gamesmanship with Bond and Mallory as the two surviving rats who will presumably contest for the crown as the game comes full circle.

One thought on “Skyfall”